Listen to my voice, listen to my call; Maggie Silveira in Malda, West Bengal 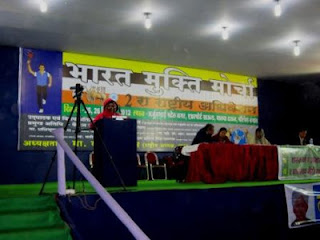 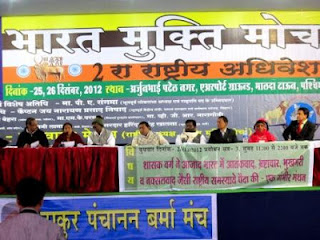 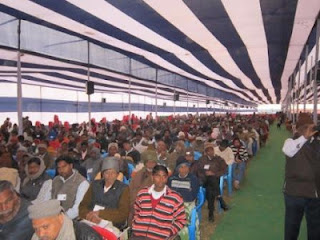 Over 1 lakh 80 thousand people attended the convention. This is one picture of the representatives from various parts of India and abroad. 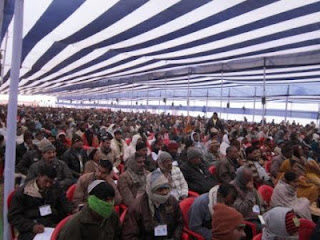 Goa Archbishop Bamon Felipe Neri Ferrao sold Vanxim island to Bamon Mahendra Gaunekar without taking people into confidence. He then sold it to Corporate Ozone group. People of Vanxim formed group ‘Ilha de Vanxim Association’ which is a registered organization. I am chosen as the President of this Association.  We have a collaboration and support of Bharat Mukti Morcha and we are marching in the path of struggle on and on. Seby Rodrigues, President of BAMCEF – Goa supported Vanxim time and again.

We are made to come to the deputy collector’s court to fight Gaunekar. Cases are going on before deputy collector’s court for the past 2 years. Some people are paid to split the villagers. Big money is being forced to be spent on lawyers by mulnivasi people in Vanxim. Four ladies were arrested by the then PI Francis Corte from Old Goa Police Station when ladies went to protect the entire village from the illegal survey which was carried out unethically without having NOC or permission from local, Panchayat or government authority. Our Panchayat elections were very interesting. My neighbor came to my house and said he wants to contest elections. He came to my house at 10.00 pm. I told him that I will inform him after speaking to the group. Group refused to support him due to his corrupt past. At our meeting of mulnivasi people our candidate got decided. At this juncture fight took place and I was attacked. My supporters challenged the attackers to even touch me.

Our convention scheduled for Sunday 7th October 2012 was stopped in Goa on Saturday 6th October 2012. On that day was holiday for government offices. In spite of that Chief Minister Manohar Parrikar directed to call for the meeting with SDM and Collector. From morning itself police went on calling us. We went for the meeting in Margao.

We had already printed our convention invitation and distributed them at the bus stops, offices, etc. So bamons got the message and stopped the meeting saying that we are not supposed to use the word ‘Bamon’. So we told them that the vey alphabet and sentence will start with word ‘Bamon’; whereby many bamon organizations were involved in stopping our convention.

We told them that this convention will be held very soon and moved from there.