Call to uproot all Reliance Jio towers in Goa 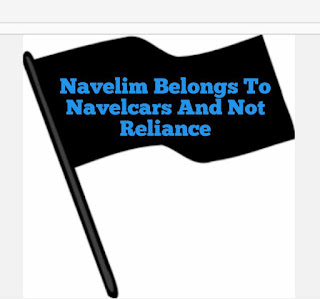 Bharat Mukti Morcha (BMM), Goa Unit has taken note of disturbing behaviour of corportate entity Reliance Jio involved in installing mobile tower in Navelim, Salcete. BMM extends support and solidarity to People of Navelim and calls for the uprooting of all the mobile towers of Reliance JIO in Goa as they are installed with short circuited permissions from Goa State government without public consultation with affected population. Goa government has no facility to monitor radiation emissions from mobile towers. Reliance owned by Ambanis that own this corporate has acquired gross power over political system of India and that has led to the corroding of nation's soul. Lord Acton said more than century ago "Power corrupts and absolute power corrupts absolutely." Reliance mobile towers are for the surveillance ends obsessed by control over public. We reproduce statement dated September 11, 2017 on this issue from Navelim Civic and Consumer Forum in public interest to combat current principle of ruling elites of India: Sab ke Sath Sab ka Vinash, सब के साथ सब का विनाश
: with every one destruction is a must!

(For Flag icon thanks to Joules Themudo)


Navelim Civic & Consumer Forum condemns the action of Reliance Jio for filing false FIRs against respectable and diligent villagers of Navelim who have time and again objected to illegal digging of roads without proper permissions from Authorities and that too beyond midnight.

Reliance JIO is openly venting out their frustrations to blackmail the villagers, so that the villagers will fear and back out and they can go ahead to install their towers where ever they want. NCCF vehemently condemns the use of Police machinery to intimidate those who oppose the illegal Road digging. Government has banned road digging of any kind and is not allowed till the end of Monsoons. Even those seeking water connections are made to wait.


On the contrary Reliance JIO has trespassed into the tarred Parking Lot for the Rosary Higher Secondary School on many earlier occasions. Recently some Villagers, while returning home at about 1.30 am, noticed some workers digging on the road. When questioned, it was noticed that the workers are from Reliance JIO. They immediately dialed 100 and called the Police. The Police Patrolling Van which reached the site, instead of immediately arresting the Jio workers digging the road in the middle of the night, took the names of the villagers, including those that joined later, selectively. The area where they were digging the road, was just fortnight back tarred and soling was done.

The blanket license which Jio produces in fact states that Jio has to approach the local bodies for local permission. In addition the statues committee on road digging under District Collector has to give permission and this committee has to monitor and prepare reports every fortnight. No such thing is done. A couple of years ago NCCF had complained against Jio for cutting and damaging a bridge at Aquem-Baixo, but no action was taken. NCCF wonders why this special treatment for Jio.

Recently to a query from Village Panchayat Navelim, the Dy. Town Planners has clarified that if work of installing towers involves concreting, than permission from TCP Dept. is also required. None of this is done by Jio. Also there were no signboards at the site, mentioning the name of the company doing the work nor any safety barricades even though it was done at night time. There was no police bandobast to regulate the traffic at the Junction where there is enough traffic even at night.

NCCF request that the Police do not succumb to political pressure and do justice to the Navelim villagers. If Jio wants to pursue with this false complaint, then the villagers will be compelled to start a campaign to boycott Jio.
Posted by Bharat Mukti Morcha at 03:44