One year later Br. Philip Neri de Souza is fondly remembered. He was instrumental in getting about awakening among tribal people in Sanguem and Quepem Taluka. Rama Velip is one of the persons who pays tribute to Bro. Philip in the booklet published by the Selesian Province of Panjim. We present here the scanned copy of this memorable booklet. Br. Philip was closely associated with me too specially in the area of mining campaign in India. You may like to check my earlier two write ups on Br. Philip. One is soon after his death. And the second one on his first death anniversary.

Br. Philip continues to inspire us! 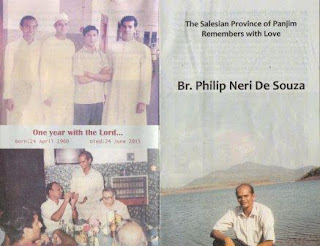 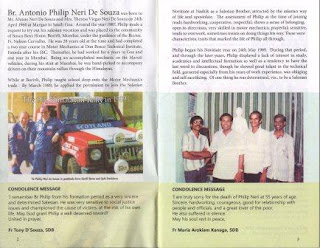 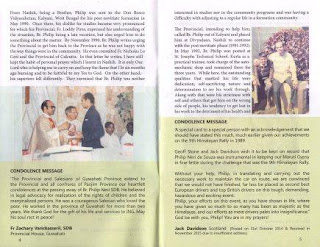 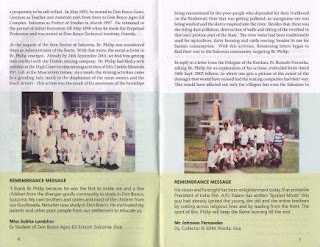 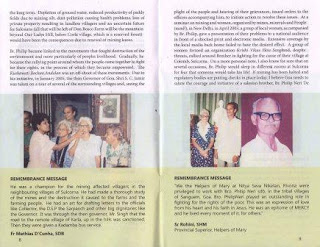 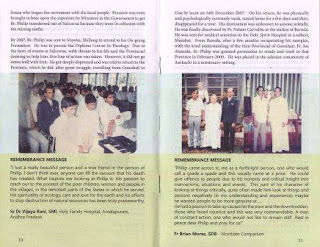 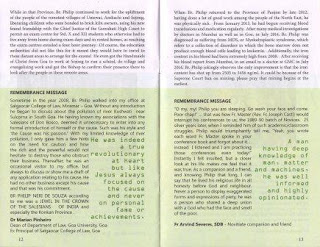 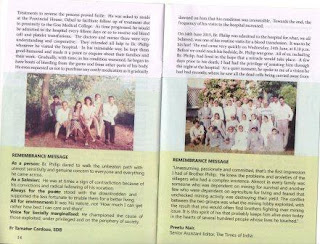 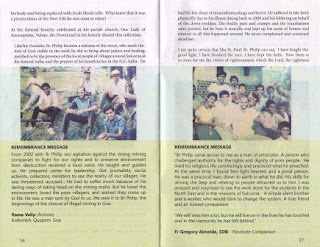 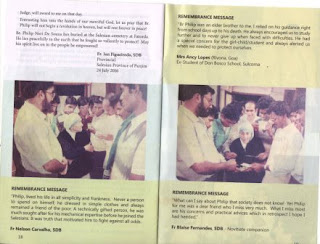 Posted by Bharat Mukti Morcha at 03:46

Email ThisBlogThis!Share to TwitterShare to FacebookShare to Pinterest
Labels: Mining