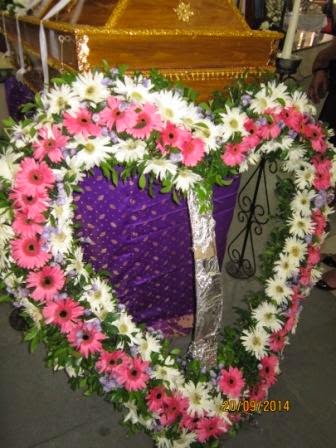 It’s scientifically proved now, DNA report arrived from Hyderabad. It confirmed that the portion of the body found on highway in Mapusa in early May 2014 is indeed of missing Antonio Fernandes, an employee of River Navigation Department, Government of Goa posted at Amboi-Vanxim Ferry boat hailing from Caranzalem, Panjim.

It has also been confirmed that Antonio Fernandes was tortured to death after he went missing on April 4, 2014, the time when election code of conduct was in force in Goa for Lok Sabha elections. Post mortem report also reveals that Antonio was gagged and suffocated to death. But this is not all. He was killed by dismembering. His both legs were cut, his abdomen cut was being chopped off part by part. The murder like this can be carried on only, his both hands cut. His eyes torn apart and badly injured, his jaws hammered, his head injured. He definitely must have suffered acute bleeding as his body by person or under directions of person with advance level of satanic possession.

The intention of the killing and the identity of the killer are still not confirmed by Police and no arrests are made so far.

Two days after he went missing from Vanxim Ferry his two wheeler was found abandoned in Dhargal, Pernem. Police attached to Old Goa Police station did not take dog squad to the spot of the bike for reasons best known to them. This may either be the case of gross negligence on the part of Police or may be even something worse – active collaboration in the crime by refusing to record evidence when it is readily available at the site of the abandoned bike. This act of omission on the part of Goa police does not contribute to boosting public confidence in Goa Police as far as detecting of crimes is concerned. Every such detail is a must to be looked for evidences and for the investigations and not what Goa Police attached to Old Goa Police Station did. 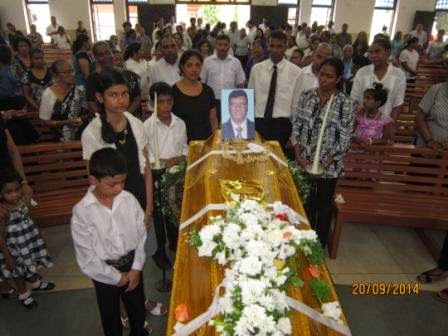 On 20th September 2014 remains of the Antonio’s body was laid to rest in funeral services at Our Lady of Rosary Church, Caranzalem, near Panjim in Taleigao cemetery attached to St. Michael’s Church. This piece of writing is a tribute to Antonio Fernandes. His killers are still at bay even though over 85 people are reportedly questioned by Goa Police at Mapusa Police Station. The horrendous nature of this murder has not only shocked his wife Maria, her sisters, her father and her loving Mother who just passed away couple of days ago out  of shock, young three children of Antonio, his brother, sister, cousins, relatives, friends and also number of people across the State of Goa and Bharat Mukti Morcha.


The murder has contributed only to further strengthen the notion that Goa is a sophisticated lawless state. Criminals in Goa can not only go scot free but they will not even be booked for not only for petty crimes but also for heinous crimes like Murder. And what a way Antonio was murdered. His murder by dismembering can be compared to the death of Graham Stein and to Jesus Christ both of whom were tortured to Death. Graham Stein was along with his two young sons was burned alive in Orissa by member of Bamani outfit. While Jesus Christ was tortured and then crucified. St. Lawrence was baked to death for gathering poor of the Rome and telling the Roman Emperor that Poor constitute wealth of the Church instead of Gold, Cash, diamonds, Silver etc. Rosa Luxemburg was dismembered and killed in Russia for exposing communist obnoxious anti-intellectualism. Chatrapati Sambaji Maharaj, son of Chatrapati Shivaji Maharaj too was cut including his tongue and ears into pieces as per law of Manusmriti and his body parts spread out in various places. Chatrapati Sambahaji Maharaj as well as Chatrapati Shivaji Maharaj worked against bamon Raj and both of them were killed by Bamani conspiracy.  And Goa has a Bamon as a Chief Minister who is also Home Minister Manohar Parrikar.

The very fact that Antonio Fernandes was picked up in broad day light, and tortured to death confirms the degraded state of law and order situation in Goa. This case proved conclusively that Goa is a torture chamber where mulnivasi people can be abducted and chopped into pieces, put into deep freezer and whenever needed can be thrown on the road. And when police had the opportunity to detect criminal they do not press dog squad in service. Under whose directive did police carried on this act of omission is no known but ultimate responsibility rests with Home Minister who is reputed to follow up certain criminal cases minutely. If Antonio was a Bamon and was cut into pieces would Chief Minister keep this case on low priority or no priority? Sure not. Goa government that is Bamon Raj government understandably treats mulnivasi people of Goa as cows, goat, fowls, and pigs at slaughter house. Just the way the killer of Antonio does. 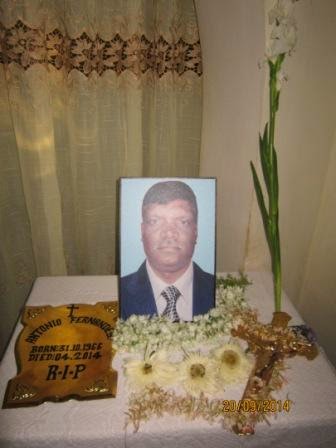 The priest at the funeral service Fr. Lawrence Fernandes remarked that Antonio’s murderers will never be detected for there is no justice in this World. But family members, relatives, friends and Bharat Mukti Morcha are very determined that the killers of Antonio be detected, arrested and put on trial in the Court of Law.

The murder of Antonio has created deep mental, emotional and social wounds. They can be healed only after the killers of Antonio are brought to books. Since police system has failed to detect and arrest the Killer, family members have placed the matter before God the Almighty for him to take things under his control. At the miraculous Holy Cross at Vanxim plus procession of Our Lady of Miraculous Medal statue from Navelim, Salcete and couple of times Latin Mass celebrations held will yield the required results; for Killer can fool around with humans and even law enforcing agencies - as the present case – but not with God who is Omnipotent who is Alpha and Omega (the Beginning and the End). The results are awaited very soon. Watch and Wait (the very act of every detail of our life is known to God). Nobody can fool. Even a leaf will not move without His command.

Funeral was largely attended, yet the family member of Antonio remarked “I was expecting a bus load of people from Vanxim to come for the funeral of Antonio Fernandes”. Antonio worked on Vanxim launch (gasoline) for couple of years. We should live as complete human beings having concern of whatever happens around us. This is called Humanity. Let us not live selfish.

The details of Antonio’s death were shown on TV channels plus the print media where many people have seen and read the same. People should have made lot of letters to Home Minister who is also our Chief Minister Manohar Parrikar questioning him on what he has done on such a brutal murder case that of Antonio. Is CM protecting the killers of Antonio Fernandes? Where are we Goans heading for? Is this called as brotherhood? Do we value human beings especially as Goans when we are so richly called as hospitality people? (here the word ‘Goans’ does not include bamons who are Eurasians and ruling over Mulnivasis through conspiracy).

People with integrity will never remain without doing the above. It is required my people of Goa. Let us remain awake for such a cause of humanity.

Now as the family members are proceedings with this matter to CBI let us all pray daily in our personal prayer, family prayer that the culprits are brought to books as per God’s plan.