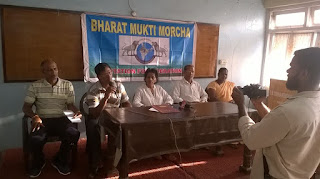 Bharat Mukti Morcha, Goa Unit calls for the complete overhauling of the Department of Fisheries to successfully respond to the enormous challenges faced by fishing community in Goa in this 21st Century. Currently State Fisheries department is in terrible mess as evident from the way fishing communities has been put under pressure and harassment on the Zuari river coast.

Department of Fisheries has also been silent in the face of draft Tourism Master Plan and Tourism Policy - 2018 that seeks to promote kind of tourism that will further push fishing communities and marine ecology towards deterioration. Promotion of Marinas and water sports envisaged in the policy are expected to spell disaster for fishing communities. Adamant manner in which Government is pushing  marina at Nauxim - - in spite of public opposition from 2010 - is objectionable particularly the bully role to push Goa State Pollution Control Board to initiate process for Public Hearing for Marina at Nauxim.

Corporate driven water sports that is being carried out from Hotel Grand Hyatt in Bambolim by Bombay based corporate Aqua sail in Zuari river is another disastrous activity from the fishing point of view. Bharat Mukti Morcha calls for immediate cancellation of all the permissions granted for water sports activities in Zuari and all other rivers of Goa as speed boats like Jetski are disrupting fishing activities by cutting of fishing nets and oil spills in water. Declaration of Goa’s six rivers as National Waterways must be revoked as dredging is detrimental for fishing activities. 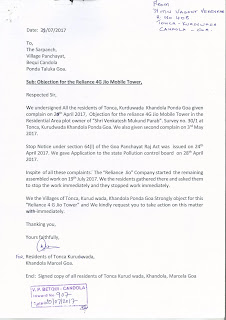 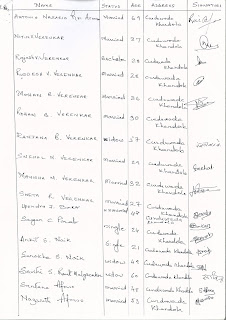 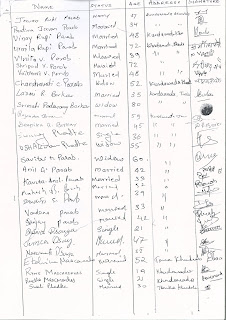 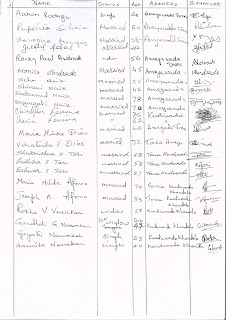 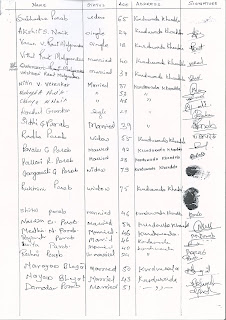 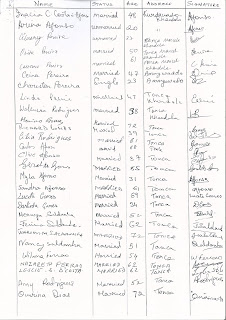 With reference to Goa Tourism Master Pan and policy posted at the Goa Tourism Department website at the links below is at attempt by industry to take control of Goa's Politics and
Economy through the cunning manner.

Goa Tourism Master plan provides the framework for implementation of the master plan that has a vision to make Goa the most preferred destination around the year for the high spending tourists in India by 2023 and World Class, international tourism destination by 2030.

Reading of the document reveals that the entire exercise is orchestrated by two organisations that seeks to take control of the State of Goa's tourism decision making by forming "Goa Tourism Board" as a statutory autonomous body that will make promote privatisation of Goa Tourism Development Corporation Assets and will have sort of supra status like that of Investment Promotion and Facilitation Board formed with Chief Minister as its Chairman.

It is proposed that Tourism Minister will be the Chairman of the Goa Tourism Board and industry has its trickster in place in post of Vice Chairman who will be nominated by the five industry representatives alone in the board. Out of these five members two are named 1. President/managing Committee member of Travel and Tourism Association of Goa 2. Goa Chamber of Commerce and Industry. Trick that is hoped will get Goa's total tourism under Industry control as the provisions are well laid out to enact a conspiracy. In the absence of Minister of Tourism to chair the meeting, Vice-Chairman will do so. Where the Tourism Minister will be sent on the day of the meeting is best left for guessing. The point however is clear that Industry the the two named organisations is desperate to stage coup in Goa Tourism affairs.

And all this is done for what purpose? To satisfy the masters. And who are the masters? The rich of the world. And who are to be enslaved? People and Land, Rivers and Ethics. And projects these guys want to promote by centralising Goa tourism? Golf Courses, Casinos, Gaming and Marinas. Golf Courses were opposed in Goa from 1997 onward from Canaguinim-Betul, Amthane, Bambolim, Asvem, Morjim, Harmal, Tiracol and Vanxim. Industry Captains through Goa Tourism Board will get Department of Tourism to go for  Land Acquisition for these projects. Casinos and Gaming will be relocated to more suitable undisclosed location. It does not mention Zuari river for obvious reasons and will be upgraded. Gambling and Gaming are by their essence are morally objectionable enterprises irrespective amount of people employed or amount of revenue earned. Casinos has to be shut down and industry must be dismantled for it is easiest source of turning black money into white.

We have not forgotten that after mischievous leasing of Zuari river public protests has not allowed to construct any of the two marinas either in Nauxim or in Sancoale coast from 2010. Yet Goa Tourism Board hopes to achieve this feat, perhaps by pushing one marina at a time, first the Nauxim one. Instead of getting the marinas in Zuari its better to scrap the marina to its abyss!

It is proposed that High Powered Monitoring Committee for Tourism will be dissolved and Goa Tourism Board will take its functions. This board will give permissions to all the tourism related events. What is left of Panchayats? Nothing! All the command activities of Goa Tourism Development Corporation to be handed over to private sector over the next 10 years as advised by Goa Tourism Board!

What is stunning is that Goa Tourism Board plans to take over functions of even Environment Ministry of regeneration of beaches. But there is a catch there is also going to be Blue Flag Certification for beaches something that was opposed in case of Velsao Beach following protests by fishing communities and MLA Alina Saldanha. Goa Chamber of Commerce and Industry (GCCI) are hardly known to do such things but they want to do such things and then permit shacks right the edge of the beach for special people. The people who carried on businesses on beaches has no representation on the Goa Tourism Board as they don't find favour with industry fathers trying to hijack  Goa's tourism for the filth rich of the world.

In fact its environmental commitment is dubious as it proposes to facilitate river cruises in in Goa's inland waterways. They no longer even call them rivers! Even identity of nature is sabotaged. Its waterways now after Central Government invasion of Goa's rivers turned into waterways. It agenda is in line with Sagarmala project of constructing more jetties on Goa's river banks.

The first sufferers in the master plan as per above mentioned plans are going to be fishing communities who are not even acknowledged to have been even existing anywhere in Goa! The second line of suffers are the people of Goa who cherish fish as part of their daily staple diet.

Bharat Mukti Morcha strongly oppose Tourism master Plan and Tourism Policy - 2018 and calls upon all sections of society not only to oppose by also to hold accountable all the members of Goa Chamber of Commerce and Industry (GCCI) as well as Travel and Tourism Association of Goa (TTAG) for all their past and present economic, social and environmental sins.