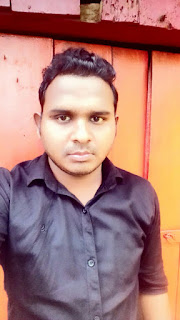 Bharat Mukti Morcha, Goa Unit condemns second attack on Surendra Sablo Gawde early morning today July 17, 2018 in Sonshi, Sattari, Goa while on his way back home after night duty at work. He is leading protest against mining industry and has filed several petitions in Courts in Goa. Two men wearing black dresses with masks and with knives attacked him on Sonshi internal road. He managed to escape without sustaining any injury leaving his bike on the spot.

Surendra Gawade and GAKUVED Federation had filed complaint on 12.07.2018 at the Valpoi police station, office of the SP and before the ST Commission about the threat call and first attack.

No action by the Goa police or concern authorities till date. No FIR has been registered so far. It appears that all authorities are hand in gloves to intimidate Surendra Gawade and the tribal villagers of Sonshi. This incident proves collapse of constitutional machinery in Goa and rule of Manusmriti enforced deliberately for bamon supremacy and capitalism aggression.

The very fact that in spite of nearly 2,000 personnel with Goa police Surendra is attacked by armed goons is clear sign that the command structure of goons has positive nexus with local MLA as well the Home Minister. It is totally unthinkable that when Goa has such good police system open attacks are launched against citizens. It looks as if Goa government is driving State of Goa towards civil war.

Attack on Surendra is the latest in the series of attacks witnessed recently like that on Nilesh Gaonkar and Ravindra Velip of Cavrem, Rama Kankonkar and Arturo D'Souza of Tiswadi. Lessons of history teach us that for the survival of Bamon Raj violence is actively engaged as strategy.

Goa's home ministry even inducted special secretary who is an IAS officer Anjali Sherawat and several IPS officers and yet law and order is allowed to breach to benefit mining industry by violating Right to Life and creating fear in Society. People of Goa will be left with no option but to set Manusmriti ablaze in every vaddo of every village and city of Goa.

Posted by Bharat Mukti Morcha at 01:22