Bharat Mukti Morcha burnt 2012-13 budgets of government of India as well as Goa government for their anti-mulnivasi people’s policies. The burning ceremony took place in Colomba village of Sanguem Taluka on Sunday April 29, 2012. Bharat Mukti Mukti Morcha delegates from different parts of Goa were present for the burning ceremony.  India’s budget 2012-13 in complete support of brahmanical and capitalist powers. This budget also promotes the policies that are leading towards continues suicides of mulnivasi farmers across the India.

This budget also systematically conspires to destroy the education of SC, ST, OBC and minorities. Unemployment rate will further increase as a result of the budgetary provisions in National budget of the Congress led government. Government of India has the entire ingredient to rapidly push mulnivasis of the country into hunger and malnutrition by facilitating the plunder of their resources.

Colamb is a historical village for its uncompromising resistance to the mining companies. 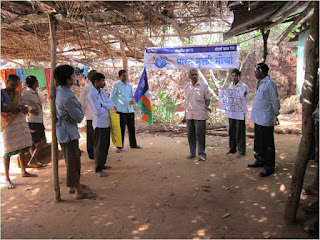 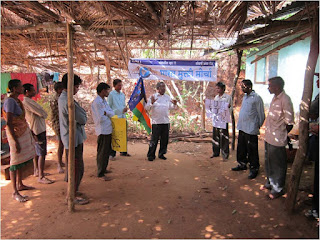 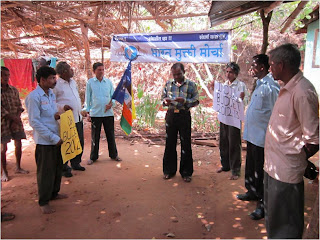 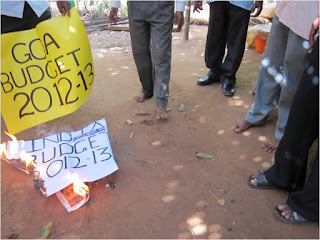 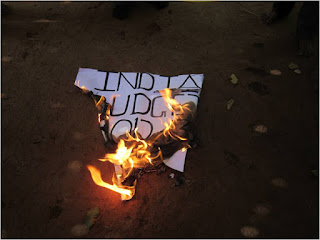 Posted by Bharat Mukti Morcha at 04:03

Email ThisBlogThis!Share to TwitterShare to FacebookShare to Pinterest
Labels: budget